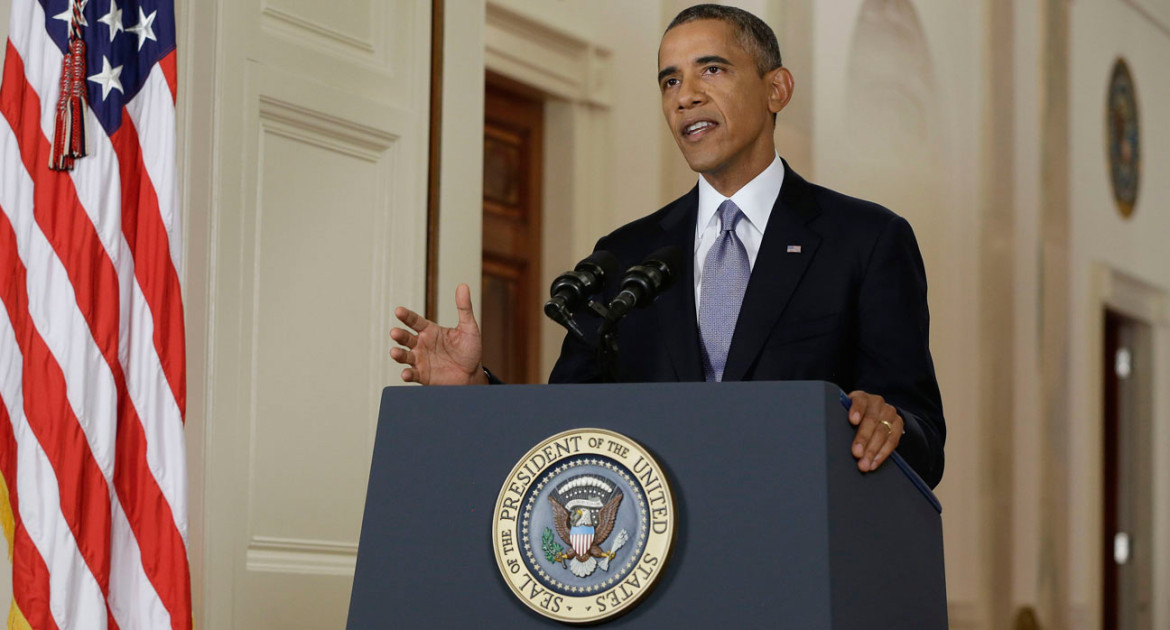 President Barack Obama is encouraging students to work hard in their classes, saying the country is counting on them.

In his prepared remarks, Obama urges students to pursue an education after high school and says that in tough economic times, the country needs their ideas and passion.

“Whether we fall behind or race ahead in the coming years is up to you,” he says.

Obama also confesses that he wasn’t always the best student and didn’t love every class he took.

“I’ll let you in on another secret: I still don’t always know the answers,” he says. “But if I’d have just tuned out because the class sounded boring, I might have missed out on something that I enjoyed and something that’s still useful to me today.”

Benjamin Banneker Academic High School, a magnet school that opened in 1981, is designed to provide a rigorous academic background in preparation for college.

The White House released the text of the president’s message the night before his speech to defuse any potential charges that he would be giving a political speech to the nation’s schoolchildren. Two years ago, some conservatives accused Obama of bringing politics into the classroom with a similar back-to-school speech.

Last week, Obama announced his administration will allow states to apply for waivers around unpopular proficiency standards in the No Child Left Behind education law. To qualify, states must meet conditions such as setting evaluation standards for teachers and principals and imposing their own standards to prepare students for college and careers.